Quick rant here: I really wish Disney’s live action team had some better ideas than to keep remaking classics as live-action films. They’re doing a good job with some of them—I loved Cinderella, remember?—but the previews for Pete’s Dragon and The Jungle Book actually turned me off. And the lineup for their future films isn’t very promising—with the notable exception, of course, of next year’s Beauty and the Beast directed by Bill Condon and starring Emma Watson as Belle.

All of the above still holds true, but when I heard the announcement the other day that there was a sequel for Maleficent in the works I couldn’t help but get a little excited. Yes, I am a fan of the original Sleeping Beauty, but I really LOVED Maleficent as a story on its own merits. I really liked the original world that they created for that film. I found the story deeply touching, of course, and being a fantasy junkie there was tons of eye candy. And that James Newton Howard score? I’ve had it on repeat for months.

Angelina Jolie has not signed on officially to reprise the title role, but screenwriter Linda Woolverton will be returning to helm the story.

The best movies really don’t need sequels, in my opinion. If the first installment of a series isn’t part of a planned series then a sequel isn’t really called for. And they’re very rarely as good or better than the original. Maybe I just distrust sequels because I grew up in the generation of direct-to-video sequels and TV shows.

Furthermore, the story seemed complete as it was. Maleficent ended with Maleficent and Diaval flying out into the sunset and the main conflicts of the film resolved.  However, that doesn’t necessarily mean they left the Moors. And, fangirl that I am, I’ve had some time to think about the world and setting of Maleficent and what could make for an action/adventure story with those elements. So if you ask me, if Disney does it right, a sequel for Maleficent has lots of potential. Here are a few thoughts on what I would like to see.

That just screams cheap sequel to me

2. Make it about the struggle for the kingdom

There was a feminist critique I read once that suggested that Maleficent leaving Aurora on the throne of the two kingdoms wouldn’t necessarily solve everything.  And you know what, it’s true. There are still other humans in that world.  Yes, she’s the daughter of a king, but she was sent away as a baby and raised in the woods. And Stefan himself was a peasant to start with. Politically speaking, Aurora is nobody.  The fact that she is potentially dating a foreign prince might not help her much. Stefan is dead. Foreign kingdoms would now see his realm as ripe for the taking, and target the Moors as well.

3. Develop Aurora’s character and explore her relationship with Maleficent

So Maleficent took off her crown and gave it to Aurora.  I would assume that she is just the Protector of the Moors.  As Aurora’s fairy godmother and the former queen, Aurora would probably look to Maleficent as an advisor.  Remember, Aurora was raised a peasant so she has absolutely no political education, and I assume Maleficent isn’t that well versed in human politics either. So it’s the two of them against the world. Furthermore, Aurora’s nearly a grown woman by now. Maleficent, as the mother figure, could be trying to figure out how to guide her but at the same time give Aurora her independence. If there’s a difficult situation, they might not always see eye to eye about how to address it. What I really liked about Aurora in the film was that she didn’t collapse into a heap and cry when she learned about the true identities of herself and her godmother—she got angry (Well, one of her christening gifts from the fairies is that she doesn’t get blue). 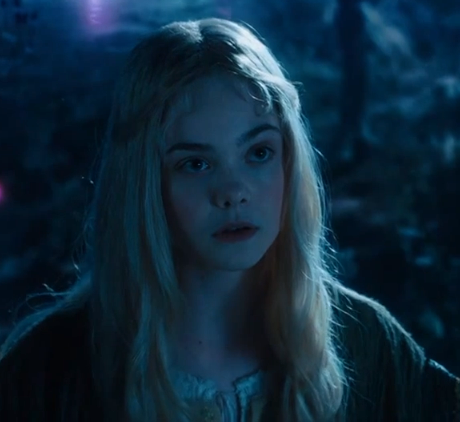 4. Yes, give us the love story, but without undermining the characters

And then there’s Philip. Philip is a prince from a neighboring kingdom.  He has to know something about statecraft. If Aurora is smart, she’ll get him and his father’s kingdom to help her out. And if she’s smarter, she’ll get to know him better before she falls head over heels in love. I’d like to see Philip turn out to be a three-dimensional character, and a model of what good men can be, as opposed to the cruel and vicious men like Stefan in the first film.

5. Explore the world of the Moors

The Moors are a stunning place to visit.  There’s a dynamic landscape as well as really awesome creatures, and I would love to see more of both.  I don’t care for the swamp creatures as much, but the forest guardians are hardcore.

6. Leave out the pixies, please

I get it, you’re not supposed to care about the incompetent fairy nursemaids.  But I would rather not see them in any sort of a sequel. Cutting them out of the plot of the new film would take it from being a remake to a story that I care about. You don’t have to have that many ties to the original animated film for it to be awesome.

7. Give us more of the human kingdom

Not just the conniving warlords, but the peasants and middle class, too. We had to take it for granted from the voice-over narrative that everyone in the human kingdom disliked the Moors, but human society is so much more complex. And it wouldn’t hurt to see them interact with that magical world a little.

8. Rival Magicians or other beings posing a threat

Maleficent rules the roost, sure, but someone from outside could come in to challenge her.  Or something from within the Moors could stand up to her—not as appealing but still a possibility.

9. How does Maleficent stay neither a hero nor a villain?

Maleficent isn’t necessarily a hero at the end of her movie.  She breaks the villain mold, but she still does things that people would consider bad, and she uses means that would be considered harmful to achieve questionable ends.  She’s more like a trickster figure.  What could motivate her in the sequel? In the future I don’t see her motivated as much by spite or revenge.  However, she definitely wants to protect Aurora and the Moors. Maleficent is fascinating in this film because in the original Sleeping Beauty she’s just branded a witch and she’s cast as a Satanic figure. In this universe, Maleficent is a fairy, tying her to the original legend as well as making her a unique creature. She’s not good or evil to start with in the first place She’s not a human and she doesn’t relate to humans, and in some traditions fairies don’t have feelings in the same ways humans do.

10. And finally, the most important part: DIAVAL! 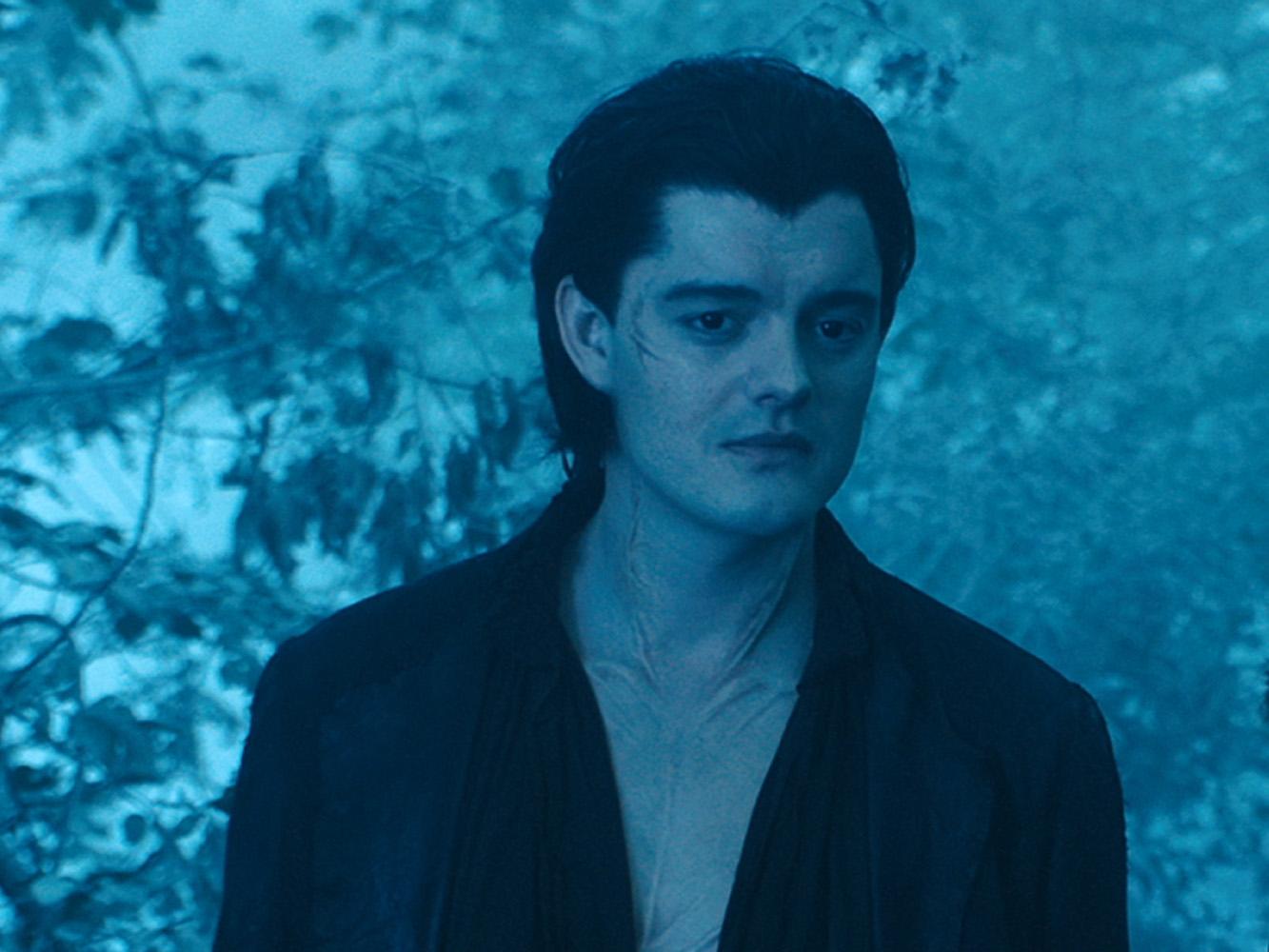 Be still my fangirl heart! The shape-shifting Diaval was one of the best parts of Maleficent. He’s not only nice to look at but he’s a fun character. He’s Maleficent’s conscience but she doesn’t really listen to him.  And of course he’s really sweet to Aurora. ^_^ I’d love to see how Maleficent’s relationship with Diaval continues and perhaps changes under new circumstances. And how does he like his life being a raven/man/whatever shape Maleficent wants?

Heck, Disney should just write me and I’d give them a screenplay.