This week I am going to round out my list of 40 things I love about Star Wars. But I have decided that this is only the beginning of celebrating the 40th anniversary of this franchise. This year, I want to write a total of 40 posts about Star Wars, both for TGM and my personal blog, The Jedi in Jeans. We’ve got a long ways to go, so stay tuned! Enjoy May the 4th this week, if you have a minute with all the other fandom shenanigans going on.

Qui-gon Jinn is one of my favorite Jedi ever. Probably because of watching The Phantom Menace on repeat as a kid. But he’s a stud. He’s a hardcore warrior (with a GREEN lightsaber, may I add). He takes absolutely no crap from anyone, handmaidens and Gungans included. He does what he believes to be the will of the Force. He made his mark in the Star Wars saga for being a maverick and not going along with the Jedi Council a hundred percent of the time. 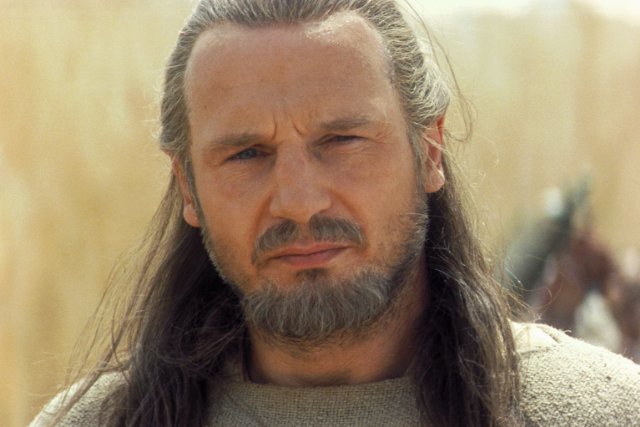 ICYMI, Liam Neeson sent a video message to Star Wars Celebration and it was frigging awesome.

One of the coolest parts of The Phantom Menace was the sheer presence of girl power. Queen Amidala had a retinue of handmaidens to wait on her. Their job was to stay in the background and protect the queen.

When Padmé needed to hide from the Trade Federation, she traded places with Sabé—and it worked to her advantage when she needed to keep an eye on Qui-gon. All of them rose to the occasion to save their planet—and they did it wearing awesome outfits.

The  royal decoy Sabé was played by Keira Knightly, and ever since it’s been hard for people to tell her apart from Natalie Portman. But Sabé is also a hardcore character in her own right. I mean:

I expect nothing less from Keira Knightley.

The Queen’s Handmaidens are proof of one of the most important themes in Star Wars: that the most important characters aren’t often the ones who draw the most attention. I would really love it if we got a book or series of books about Padme’s handmaidens–or the adventures of the royal handmaidens of a later queen. Naboo is one of my favorite planets and it has a very interesting culture. I think Lucasfilm would be doing itself a disfavor to ignore some of its Prequels material.

Ooooooh podcasts! They are so amazing.  The one I regularly listen to is Far Far Away Radio. I knew one of the co-hosts when he went to BYU. I follow all of the hosts on Twitter, and they’re so fun. Star Wars lends itself to lots of great podcast names, for instance Fangirl Cantina, Point it at the Deck, Full of Sith, Blabba the Hutt, Now This is Podcasting, and Coffee with Kenobi. FFAR focuses on story and character analysis, movie reactions, and in-depth discussions. However, they have a variety of featues such as interviews with authors of upcoming books, games, audio commentaries and even audio dramas! FFAR also has two affiliate podcasts, Legends and Lore and Rogue Podron. Rogue Podron comes up with a lot of hilarious episode titles, such as “This Episode is about T-shirts,” “Bothsplaining is the worst kind of splaining”  and “The Super Dramatic Bacta War.”  My favorite one is, “When you go to Hoth, you need to wear pants.” You never know just what your FFAR friends are going to be talking about. Podcasts make the Star Wars fan community real for me, and they’re great because they’re about the fans getting together to learn from each other.

A lot of people find Ewoks annoying. I think they’re great. They’re fluffy and cute, but there is also a dark humor to their eating habits. I love how they irritate Han Solo in Return of the Jedi. They also have cool tree houses and great music.

I never got into reading the old EU books before Lucasfilm set the canon. But, partly thanks to Far Far Away Radio, I’ve read several of the new canon books. I don’t necessarily accept as personal canon whatever material I read in any given Star Wars book.  But reading Star Wars books gives me more time with the characters and, more importantly, is a vehicle to spending more time in my favorite far away galaxy. A New Dawn by John Jackson Miller is the story of how Kanan Jarrus and Hera Syndulla from Star Wars Rebels first met, and it’s a wild and daringly witty read, Then there’s Bloodline by Claudia Gray, which I am never going to stop talking about. Most recently I read Catalyst by James Luceno, which is the backstory of Galen and Lyra Erso, Director Krennic, and some of the science and politics behind the story of Rogue One.

One of my favorite memories of my childhood summers is spending hours poring over the visual dictionary for The Phantom Menace. I like the format of the visual dictionaries and cross sections. You get everything laid out, and you have text explaining who this background person is, or what this piece of technology is for, or more about this spaceship or vehicle. It really helps me to get inside of the Star Wars universe. 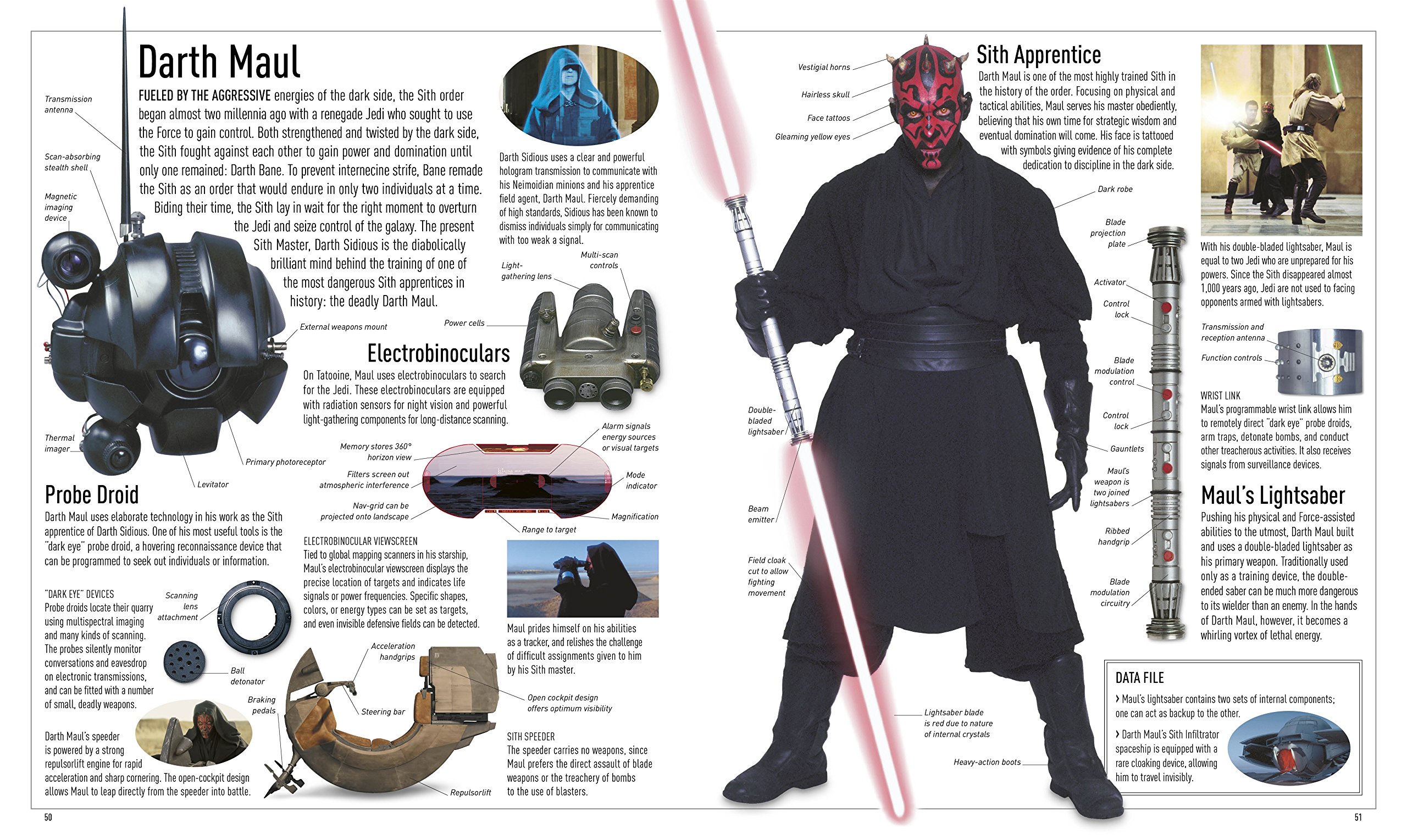 One of my favorite things about Revenge of the Sith is how Anakin and Obi-wan get on Grievous’ nerves–and considering he’s 90% robot it’s easy to do that. Grievous also makes regular appearances in the Clone Wars television series, and he is just as much fun to watch. He’s a scary villain who HATES Jedi, likes to collect lightsabers from the Jedi he kills AND use them, he can split his upper limbs into four arms instead of just two. My family nicknamed him the “spider-psycho”. But he’s not quite so intimidating when you find out what a drama queen he is. 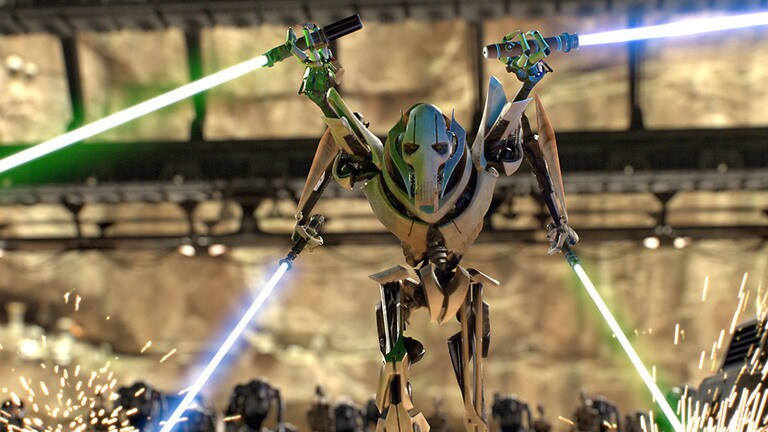 “This place can get a little rough.” What HAVE you been doing in your retirement, Obi-wan? 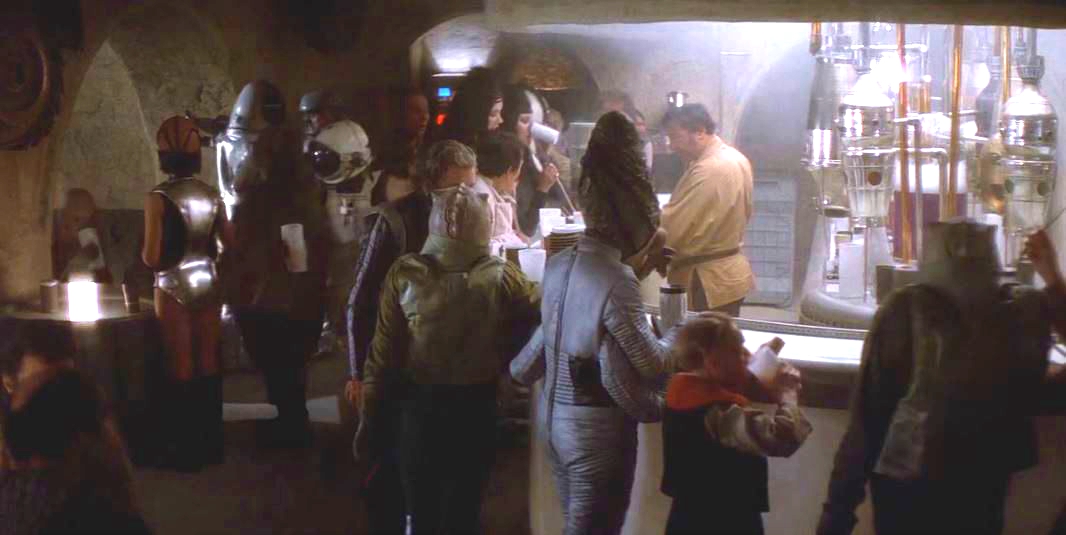 A small, smoky bar on a desert planet where just about any alien can walk in at any time. And where the barman will look the other way if you shoot somebody. If you don’t like someone, you are welcome to express your opinion to their face. Between the Mos Eisley Cantina and Han Solo, who was introduced there, it wasn’t hard for Star Wars fans to pick up on the wild west vibe that George Lucas was channeling. It set the tone for seedy establishments to be used as criminal havens in the saga. And the background music by the Modal Nodes is some of the funkiest music in the universe.

It was the Jawas, way back in 1977, who set the tone for just how weird and bizarre the Star Wars universe is. 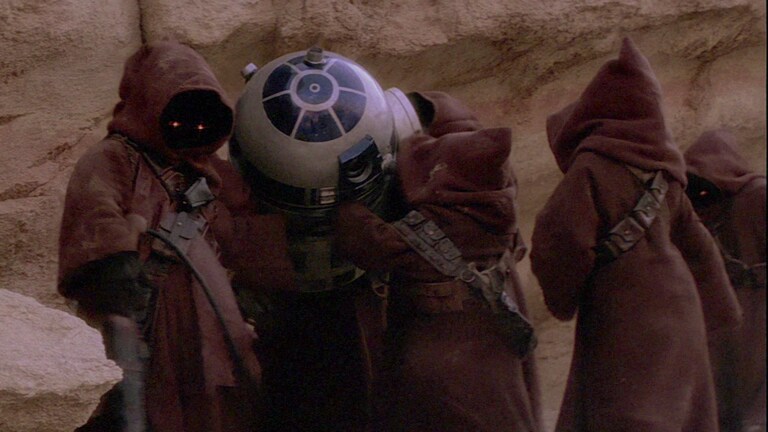 They wear long robes and speak in odd noises, so you don’t know what they REALLY look like underneath or what they’re really saying. They collect all the scraps and parts they can find into their rickety sandcrawlers, and they’re sketchy business partners. They will collect just about anything. 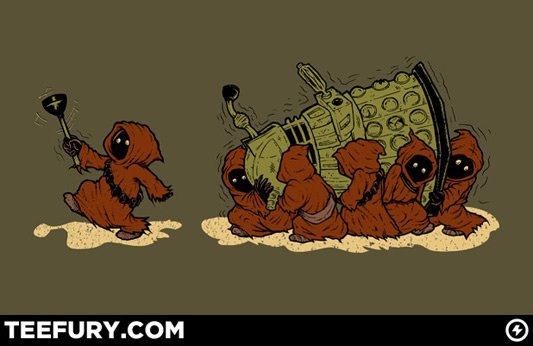 Jawas are some of the easiest go-to costumes for the 501st and Rebel Legion, particularly if you’re smol. Say Utinni!

I just…love Star Wars so much. There are so many snarky characters, spaceships, beautiful planets, amazing cultures, droids, creatures, you name it. Whether you’re watching the films or TV shows or picking up a book, there is always something new to discover about this universe, a new story to be told. And it is so easy to make it your own. We’ve been getting to know this faraway galaxy for forty years, and while lots of stories have been told about it, I feel that there are many that have yet to be told. It’s the potential that makes it so appealing.

This month of May, take some time to celebrate the forty years of awesomeness, and occasional insanity, that is the Star Wars universe. And May the Force be With You.

Things I love About Star Wars 1-10