When I was a freshman in high school, my brothers and I got into the habit of watching Return of the Jedi almost on repeat. I’m okay with Whiney Luke™—for some reason whiney characters don’t bother me. However, talk to me about ROTJ luke, all grown up, powerful in the force, wearing all black and sexy as fetch, and with a sense of inner goodness that reached out to what was left of Anakin Skywalker when nothing else could. What can I say? He’s my dream guy but also one of my favorite fictional characters period. He’s tied with Leia and Padmé as my favorite Star Wars characters.

What Luke’s been up to since ROTJ, however, is a discussion for another time. Needless to say, I loved seeing Mark Hamill at Comic Con last September, I’m looking forward to him coming back, and I can’t wait to see Luke again in The Last Jedi. R2-D2 started out as a humble astromech droid aboard Queen Amidala’s royal starship. With his phenomenal service during the Trade Federation’s invasion of Naboo, Padmé Amidala knew that he was a good astromech to keep around, and brought him with her during her term as Galactic Senator. It was in filling this role that R2 continued to serve as a companion and a protector to Padmé, and he and C-3P0 witnessed her marriage to Anakin. While 3P0 went on to be Padmé’s butler, R2 accompanied Anakin on his missions during the Clone Wars and was a valuable asset to the Jedi Order and the Republic. When 3P0 got wiped, R2 held onto his memories but kept them on a backlog.

Fast forward twenty years later, R2-D2 is one of the Rebel Alliance’s top astromechs. It is he who takes the plans for the Death Star from Leia and continues her mission to get Obi-wan out of retirement. As he had for the previous generation, R2 accompanies Luke, Han, and Leia on their adventures and saves their lives on multiple occasions (although mum’s the word on him totally knowing the spoilers—might’ve saved Luke and Leia some embarrassment, you know, R2?).

Luke tended to favor R2’s companionship and I can suppose that this continued after the Galactic Civil War, flying at Luke’s side the way he had with Anakin. But then Luke goes away and R2 goes into low-power mode. It was saddening to see him in that state in The Force Awakens. But then he woke up to give everyone the good news that there was a way to find Luke. I’m seriously looking forward to seeing more of him in Episode VIII.

As the counterpart to C-3P0, R2-D2 balances out 3P0’s neurotic adherence to rules and anxiety. He’s always been a great source of slapsticks and shenanigans. To all of his friends and owners during the years he showed loyalty and devotion.

He felt sympathy for the pains of the humans around him. And he had tremendous courage. If more sentients were as brave and true as this little droid, the universe would be a much happier place. C-3P0 didn’t set out to be one of the most influential droids in the galaxy. He’s just a protocol droid who’s just trying to do as he’s programmed but keeps ending up in situations that are far more action-packed than what he’s built for. He is THE Bewlidered Butler. And really the best comic relief in the whole saga.

Also, if you like C-3P0, read Bloodline. I will never stop plugging Bloodline.

“He’s a protocol droid, to help Mom.” To think that C-3P0 is one of the last remaining reminders of Anakin’s love for his mother Shmi…*sigh* 3P0 doesn’t remember, but I’m sure he’s aware of just how long he’s been around. But for three generations of the Skywalker family, he has been a faithful friend and servant.

You’ve heard me say this before, but Anthony Daniels’ panel at Salt Lake Comic Con 2015 was a HOOT. And it was a rare look at the story of this amazing character.

Naboo is an interesting planet because while its people generally embrace pacifism, they occasionally produce people like Padmé Amidala who know that it’s always good to be prepared to fight for what you believe in. Case in point, the Naboo N-1 Starfighter. Built with deadly firepower, the N-1 also has a classy streamlined design to reflect the aesthetics of its planet. I’m not paid to advertise these, I promise. (Although, it must be said I have yet to see an N-1 fighter up for sale along with all the new model spaceships that were released for TFA and Rogue One *Glares at Lucasfilm*).

I was into the prequels before the original trilogy so this right here is my dream ride. I would love to see them in a stand-alone film or even in in episodes 8 or 9 because if there’s any planet in the galaxy that doesn’t want to take crap from the First Order, it’s Naboo.

Star Wars spaceships, however, don’t get more traditional than x-wing fighters. They are THE original spacecraft for dogfights. Small, maneuverable, and capable of infiltrating enemy bases as well as going head-to-head with Imperial TIEs. Buit in a rustic, elongated design, the most unique feature are the sets of wings that can pull apart for combat mode.

Luke survives the battle of Yavin and just kind of holds on to his x-wing. Does he still have it? (Doubt it).

Another Star Wars trademark vessel, the TIE fighter is the go-to vehicle for Imperial close combat and dogfighting. 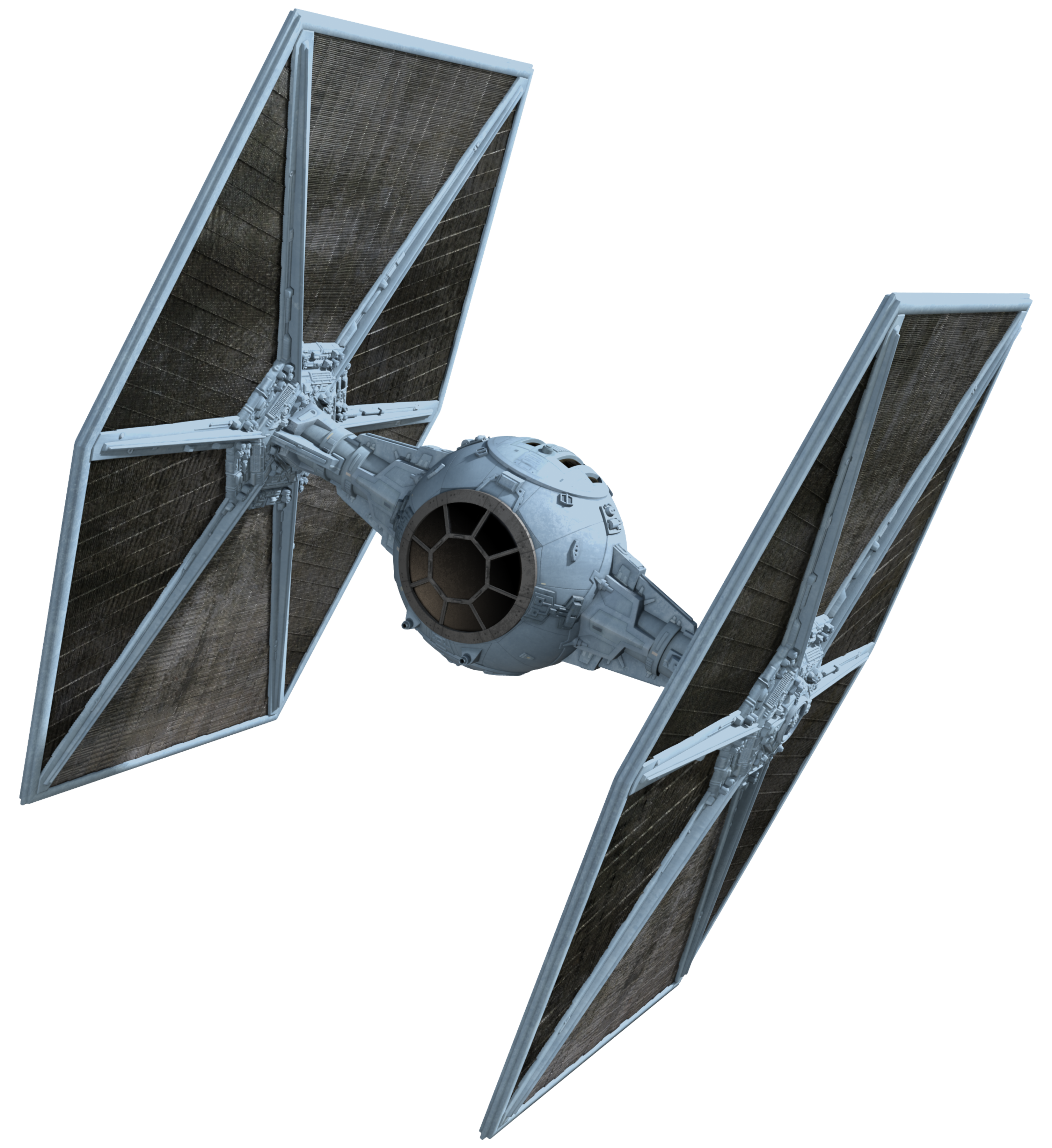 And TIE Pilots are a ton of fun—I should know since I’m friends with some of them.

“Here come the walking machines,” said Mom the first time I watched The Empire Strikes Back as a little kid. One of the empire’s deadliest weapons, the AT-AT walker.

The first impression you get of them is of long-legged turtles. After that it’s kind of hard to shake off the animal impression. They’re a lot of fun to knock down and blow up.

And they’re so meme-worthy. I mean, they’re likely to show up on any given day with snowy weather:

And of course Spidey’s reference to knocking them down in Captain America: Civil War? My, what a time to be alive.

The tribute post I wrote to Maz Kanata last year was one of my favorite posts that I’ve written. She is seriously an under-appreciated character. However, I want to mention briefly, the cast for the Han Solo spinoff movie was announced recently. So far, it does not appear that Lupita N’yongo will be appearing in it in any way. The Force Awakens made it painfully obvious that Han Solo has a history with Maz. It totally made sense for her to be in the film.

Maybe Lupita N’yongo is busy filming Black Panther, and while I don’t blame her for that I don’t know how she also doesn’t have time to do a mo-cap character that would actually make me care about the Han Solo movie.

I am going to be writing a “solo” post about Han down the line (see what I did there?). For now, it is worth mentioning that I love Han for his charisma, his humor, and his character development.

“Beautiful cinnamon roll. Too good for this world. Too pure.” You’re thinking pastry. I’m probably thinking about a fictional character. If you want a cinnamon roll that actually rolls, look no further than BB-8.

BB-8 rolled onto the  pop culture scene in the first 40-second (if you can call it that) teaser for The Force Awakens over two years ago. If Lucasfilm intentionally designed him to be cute, they hit all the right things: a round body, a small head with big, dark eyes, and a tender, puppy-like loyalty to Poe Dameron and his new friends Finn and Rey.

Like our other droid friends in the Star Wars universe, BB-8 is endearing because of how he shows emotions. Every time Finn talks about how Poe didn’t make it away from their crashed TIE-fighter, BB-8’s reaction kills me.

And then the thumbs-up torch? Classic. BB-8 was one of the reasons that I enjoyed The Force Awakens as much as I did. Like many other elements of the film, he brought an element of familiarity. BB-8’s original aspects caught my attention.